The weather, although warm, was pleasant. A good thing, as the celebration during New York Fashion Week (NYFW) was held in Central Park at Bethesda Terrace. 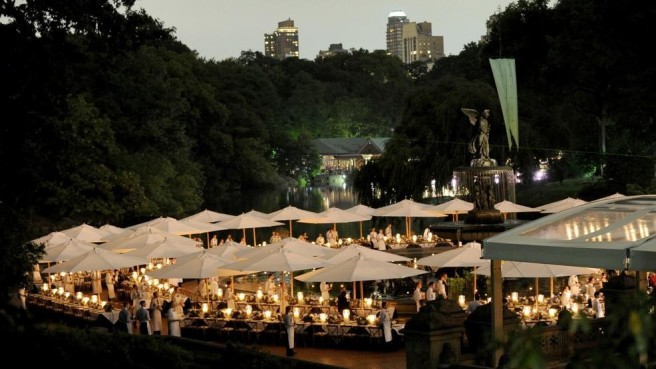 Hillary Clinton, who often wears Lauren’s clothing, was present. Yet it was Oprah Winfrey who was most quotable. ”Your story exalts our collective story,” Oprah said. “Your designs define integrity.”

It was Oprah who toasted Lauren.

“The real reason we are here is not the show,” she said. “It’s you. You Ralph Lauren, and 50 years of your designing our dreams. When I first moved to Chicago and was making enough money to pay my rent… and still had something left over, I thought I was a success. My idea of celebrating that success wasn’t to go out and get a fancy car, or art or jewelry… it, was a Ralph Lauren bath towel that I had [craved] for over 10 years.”